I am back. An update of the last couple of months Pt1 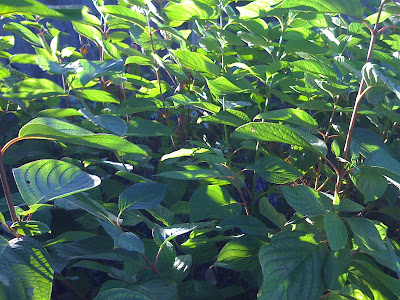 Hi everyone, I am back. I am sorry for the long extended summer break, basically it's been a combination of computer problems and pure laziness so I thought I would spend a couple of posts updating you all on what you have missed. I have now replaced my aged iMac which had all but given up the ghost with a lovely new Macbook pro so I have no excuse to ignore this blog any longer.

My last post was back in May when we were having some major work done on the house. We needed to get this done we could press on with decorating the utility room.

In June the Tennis season begins which means Sharron goes off to various tournaments and friends fly in from all round the globe. Earlier this year I had started dabbling with watercolour painting so I spent a fun weekend with a great friend called Meg who like myself is a Tennis widow. Meg who is an artist came to stay while her partner was working in Eastbourne, the visit had been well planned as her mission was to teach me to paint abstracts in acrylics. I must say these was quite a culture shop for me and took me way out of my normal comfort zone. 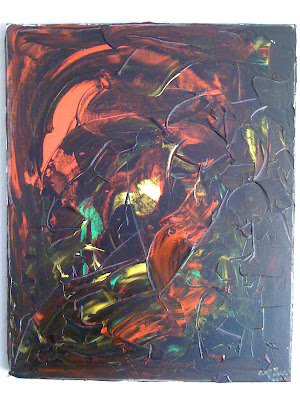 This is one of my efforts which I have called "Inner fire" I am not claiming any great talent or for that matter any great insight into my inner soul! I just like it!

Also at the end of June I held my first exhibition of my photo's at a local gallery which was really exciting. It went really well and although I only sold one piece the work was very well received.

We were really busy at the beginning of July as Sharron had Wimbledon on and I was preparing the house and garden for a major event, my 50th Birthday party. The actual event fell on the 13th but we had the party on the 17th, I am not sure how many people we had here 70 -100 I think and it was a fantastic day. Lots of friends and family came from all over the country and an awful lot of folk from the village were here. We opened up our 'bar' with a barrel of beer and erected a large marquee for the food.

So this is the first part of the update, in the next part I will tell of the new fitness regime and what's been happening around the village.
Posted by Gary