One of the main reasons we moved out of London to live in Cambridgeshire was love of wildlife. Where we live in Cambridgeshire or to be more accurate the old county of Huntingdonshire is famous for being very flat, we live on about the highest point about 250ft above sea level. This means that in the winter we are prone to very cold winds heavy frosts.

The land around here is principally used for arable farming and at this time of year next years wheat and oil seed rape are begining to show in the fields. 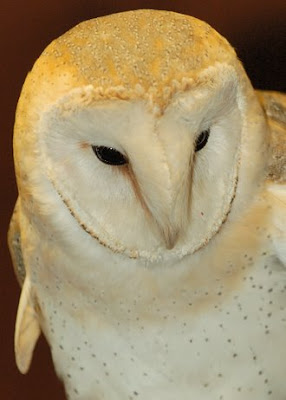 So what about the wildlife, well we get lots of wader flocks on the fields which I will talk about another time but also birds of prey. We have a very good owl population locally with Barn, (see photo) Tawny and Little owls. These have a tough time at this time of year, firstly their food supply the small mammal population is very scarce at this time of year retreating underground or into nests to keep warm. Owls will tend not to hunt in wet weather as their plumage lacks the waterproofing of other birds, this allows the feathers to remain very soft allowing silent flight.

Another local bird of prey has worked out his own strategy. 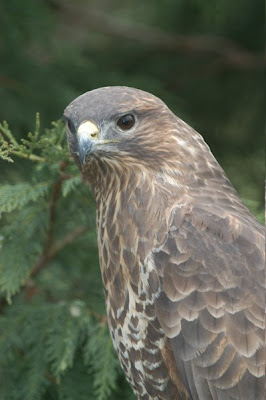 we have a Common Buzzard Buteo buteo that spends his day hunting from the top of a large muck heap just outside the village. This gives him several advantages. The muck heap is the highest spot in the field which affords him an excellent view of any rabbits stupid enough to venture out. A local farmer has told me this is an excellent year for rabbits. The other advantage for the buzzard is the heat the heap generates, Not only does this keep him warm, meaning he has to expend less energy but it also attracts rats. Buzzards are lazy hunters happy to take carrion rather than hunt. So it must really suit this one if his lunch is litrally running around his feet.
Posted by Gary