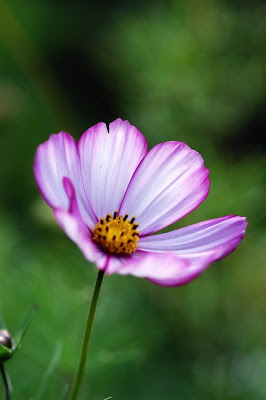 This last week has been pretty busy, we have had some friends of our staying with us while they are over from Australia. I have been trying to fit my tour guide role in around work and everything else. I took John who is an ex world war 2 pilot to the aircraft collection at Duxford on Monday and we all went to Cambridge yesterday. We seem to have spent most of the time dodging the rain.

On top of all the other things we had an 'In Bloom' meeting on Tuesday evening. I cannot say much about it here as things need to be formally announced to the village, but suffice to say they are going to be some major changes in the next few months. There were some strong but sensible views put forward which I think will go down well.

Out in the garden the flowerbeds are looking great but do need a good weeding. The grass needs cutting about twice a week due to all the rain, but of course the rain prevents me doing it.
As I write the sun is out so hopefully by mid afternoon it will have dried off out there.

We have had a mass of Large White butterflies in the garden in the last couple of weeks, such as this one on my valerian. I am pleased to say that the netting I put up this year seems to have kept them off the brassicas. 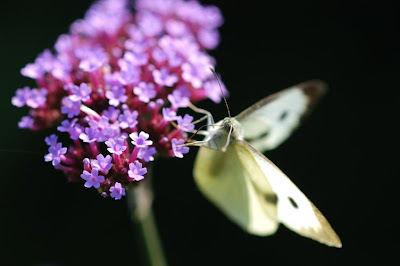 I am also picking some very nice Raspberries at the moment and have harvested all the discovery apples before the wasps got to them.
Posted by Gary