To me a bank holiday weekend should be relaxed and kind of impromptu but they rarely happen that way. This one has sort of happened that way, but before I explain I want to share this lovely Iris with you. 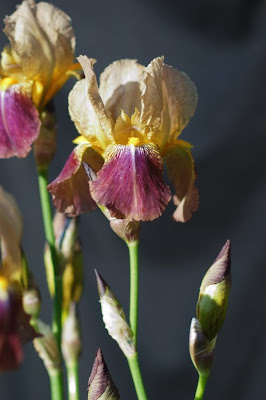 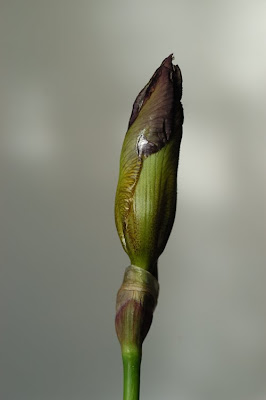 I have no idea which variety it is as it was already in the garden before we moved in. I love iris's so have split the clump over the last couple of years and transplanted it all around the garden,

Anyway on Saturday one of Sharron's work friends who is from Lithuania was bringing her sisters and cousin to ours for tea. On friday night 2 old friends of mine rang and asked if they could call in as they would be driving past of course we said yes so we hosted a tea party in the garden., a selection of fish paste or cucumber sandwiches and a fantastic Rhubarb cake baked by Sharron. We just needed the vicar to be there to make a truely traditional high tea! 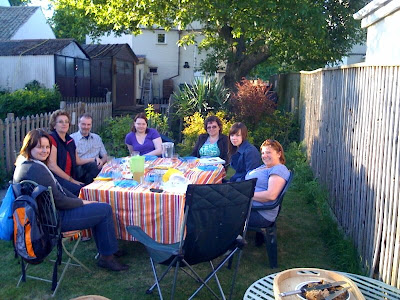 We had to chase them off fairly early as we were getting up at 4am (yes thats 4am!) on Sunday morning. As part of the Village in Bloom events we had a Dawn Chorus birdwalk, amazingly we had 15 people turn out . 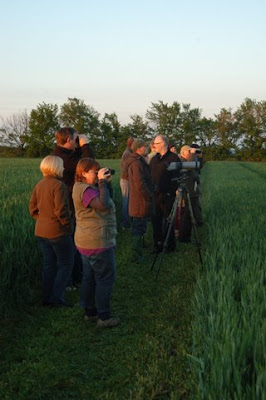 It was a really good walk hearing a total of 24 bird species and ending up at the village hall for bacon rolls.

After the walk I had a nice doze in the garden waking to the sound of a Cuckoo, the first I have heard this year.
Posted by Gary