While I am waiting for things to start growing I thought I would write a few pieces about wildlife gardening. I felt a good place to start would be with nest boxes for birds, i will deal with other animals later.

I have several nest boxes around the garden, the latest I have put up is the Little Owl Box. The little owl (Athene noctua) is the UK's smallest owl and we are lucky that they are present in the fields behind the house. Hopefully one will find this box which is at the bottom of the garden facing into the field, if not it will probably get used by a stock dove or a jackdaw. 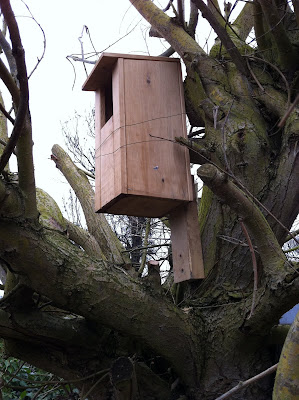 I also have these two multiple boxes, both are used by various tits, the second one is actually a sparrow terrace designed for house sparrows that like to nest in communities. I have re sited this box this year to a position closer to the ivy hedge around the garden which is where most of the sparrows roost. We also have a good population of the rarer tree sparrow (Passer montanus) in the village many of which roost in our garden, hopefully some of them may also use these boxes. 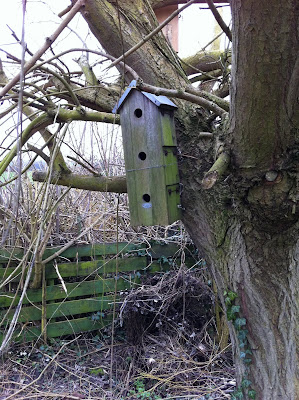 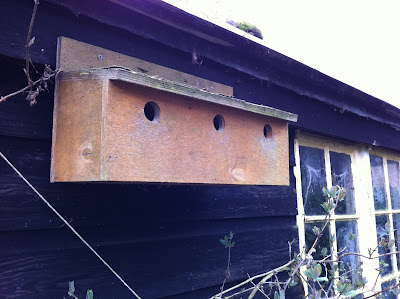 The other two boxes I have are designed for Wrens or Robins. Again I have placed these close to their favoured areas in the garden. The first is close to the hedge which is very popular with Wrens, the second is on one of the posts of the chicken run next to some brambles and a climbing rose, both Robins and Wrens like this spot as it has cover and the chickens are constantly exposing insects as they root about. 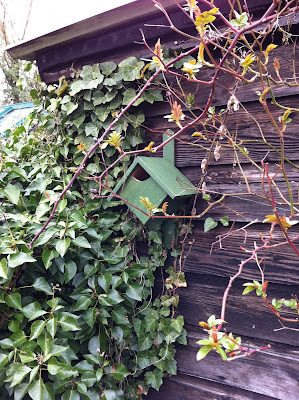 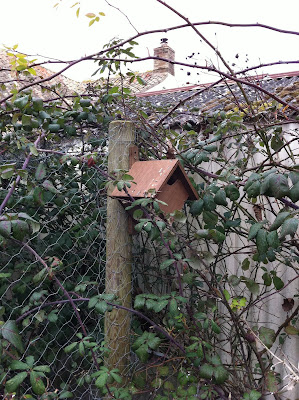 When placing boxes it is important that they are in an area that is relatively safe from predators such a cats and squirrels although in practice this is often virtually impossible. They also need to be in an area were they won't be disturbed, so find a quiet spot. The other thing I do at this time of year is put nesting material out for the birds, I use all the hair that I groom from our dog's and the cat. It is also important that there is an ample supply of food and water available, but I will deal with this in my next post.
Posted by Gary