Driving into the 19th Century and the Marrow contest-results

It was quite funny that on Saturday someone said to me that one of the problems with our village was that a few of the residents are still living in the past. Well it is official that at least transport in the village has finally entered the 19th century! 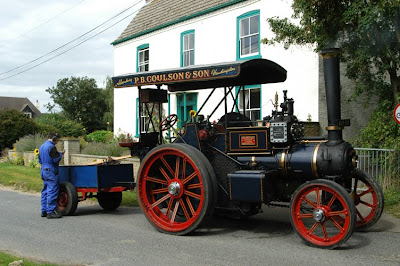 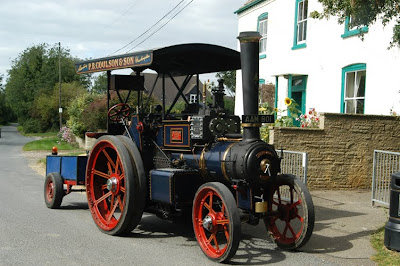 This fantastic old Traction engine came trundling down the lane yesterday lunchtime. The driver was looking for a fire hydrant as the old lady (they are always female apparently) was very thirsty. I did think about asking about it's carbon footprint, I am sure that it is worse than most 4x4's.

On Friday night we had our village pub night and the judging of the marrow contest. At the beginning of the year we gave out marrow seeds to all the villagers as part of the 'In Bloom" competition. We had no idea what the take up would be and were quite pleased with the turnout. My entry is the one at the far end which came 2nd to the one next to it. Mine weighed in at 7.6kg loosing by about 0.5kg. 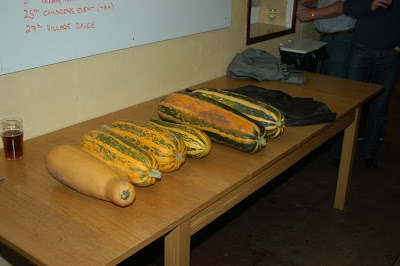 Anyway, I am already planning tactics for next year, it involves a lot of manure.
Posted by Gary